Our Roster of Featured Baseball Presenters

What makes our Inside Baseball Coaches Clinic different? Our featured coaches and trainers, baseball industry experts like Baseball America and other college coaches, are referred to as some of the brightest minds in the game.

They are speakers in their 30s and 40s, who breathe baseball every day, every hour, every chance. We ensure each Inside Coaches Baseball Clinic is a home run by recruiting enough expert coaches with enough engaging sessions to hit every possible angle you could want. You simply won’t find a better collection of presenters. See our featured guest speakers for the upcoming 2020 clinic below! 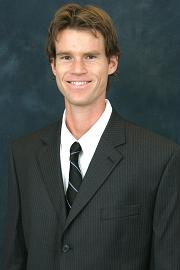 Matt Hobbs was announced as the new Razorback pitching coach in December 2018. Hobbs comes from Wake Forest where he spent the last four seasons. The 2018 Deacon pitching staff set a new program record for strikeouts per nine innings, fanning more than one batter per inning.

Prior to his stint at UC-San Diego, Hobbs spent two seasons as the pitching coach at Santa Barbara City College. During the summers, Hobbs was the pitching coach for Foresters Baseball, which won the National Baseball Congress World Series in 2006. Hobbs also served one season as an assistant coach at Chapman University, where he worked with the pitchers and catchers. In Hobbs’ coaching career, 33 student-athletes have either been drafted or signed pro contracts, including 29 who were undrafted heading into college.

Hobbs and his wife, Marta, have two daughters, Addison and Taylor, and a son, Will.

We’ve got 300+ years of baseball insight, all in one location!

Ready to begin? Register for the East Coast Clinic today ››